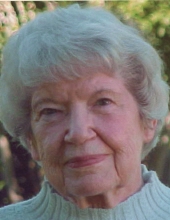 Memorials may be directed to Our Saviour’s Lutheran Church, the Mason City Senior Center or Leader Dogs For the Blind in Rochester Hills, Michigan.

She had worked as a bookkeeper for Whitworth Wholesale Grocery, Johnston Flowers and Curries Hardware and Manufacturing for many years.

Wilma enjoyed traveling with her family and friends. She was an avid bowler for several years. Her days at the nursing home were spent reading books and newspapers (all of them that their library had to offer as well as the many books family and friends brought to her), playing cards (Tuesdays 1:00), thanks to volunteers who came in, and also enjoyed an occasional glass of wine on "Thirsty Thursdays". She liked tacos and never declined offers of ice cream.

We were very fortunate to help her celebrate her 100th Birthday on July 17th with her family (including all four grandchildren and two Great Grandsons) along with family from Arizona, Wisconsin, and Nebraska as well as friends and former neighbors from the area.

To send flowers to the family in memory of Wilma Opal Schriver, please visit our flower store.