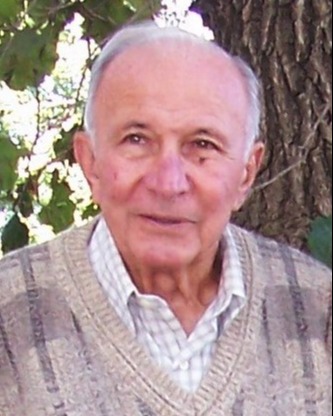 William George Hejlik, 93, of Clear Lake, formerly of Sheffield, passed away peacefully with hospice care on Tuesday, January 4, 2023, at Oakwood Care Center in Clear Lake. Per Bill’s wishes, he was cremated. A Gathering of Family and Friends will be held for William (Bill) Hejlik at the Timbercrest Community Room, 200 Glen Oaks Drive, Clear Lake, Iowa on Sunday, January 8, 2023 from 2:00 - 4:00 p.m. Memorials may be directed to MercyOne Hospice.

Bill was born on November 16, 1929, to parents William Frank and Rose Ann (Vothita) Hejlik. He was united in marriage to Recca Mae Schober on September 1, 1950.

Bill was preceded in death by his parents, William and Rose Hejlik; and sister, Maxine Abbas and her husband, Eddie.

To send flowers to the family in memory of William G. Hejlik, please visit our flower store.