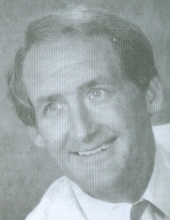 Interment will be in Memorial Park Cemetery. Memorials can be made out to the William Donahoo Memorial Fund.

William Charles Donahoo was born July 30, 1943, in Madison, Wisconsin to parents Hubert and Eloise Donahoo. He and his family later moved to Omaha, Nebraska where he graduated from Omaha Benson High School in 1961. He attended Omaha University then transferred to Norfolk Junior College in Norfolk, Nebraska. He graduated from Norfolk Junior College in 1964.

In college he met his wife Cheryl Foss and they were united in marriage in 1964. They made their home in Norfolk until he started working for Rexall drug as a salesman.
Bill later went on to work for Hy-Vee with his first store being in Iowa City, he was later transferred to Mason City where he was the store director at Drugtown now known as the Hy-Vee drug store.

Bill was very active in the Mason City community. He was the President of Francis Lauer, Noon Kiwanis and Ambassadors, he was also elected to the Cerro Gordo Ag Extension Counsel.

Bill was also very active with the Mason City High School. He ran the clock at football games, he helped mentor students on how to get a job, fill out applications and how to be a productive citizen within a community.

He retired in 2005 and he and Cheryl spent their winters in Arizona, while in Arizona he would play Senior Softball during the week.

He was preceded in death by his parents; grandparents; sister at infancy; sister-in law: Diann Renoe and brother-in law: Van Renoe.

To send flowers to the family in memory of William Charles Donahoo, please visit our flower store.