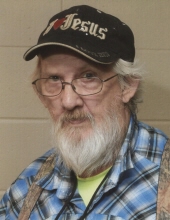 A memorial service will be held on Tuesday, September 24, 2019 at 10:30 a.m. at Major Erickson Funeral Home, 111 N Pennsylvania, with Pastor Adam Tyler officiating. Inurnment will be at Memorial Park Cemetery. Visitation will be held one hour prior to service time on Tuesday. Memorials can be directed to the family of William Fletcher.

William Charles Fletcher was born on January 18, 1945 to parents Walter and Lois (Nailor) Fletcher in Battle Creek, Iowa. After he graduated from high school, he enlisted in the Army in 1966 where he was stationed in Fort Leonard Wood, Missouri.

William was united into marriage to Marie Adendroth in Nashua in June of 1985. To this union, the couple had one son, Josh.

William was a logger and pipeliner for many years until his retirement in 1982. He was employed at the saw mill and Minute America Pipeline. To the people that knew him, he was known as a hard worker and enjoyed his time getting to work with his hands.

In his spare time, William enjoyed fishing and crafts, especially needlepoint. He was known for making Kleenex box covers for his friends and family. He loved watching nature shows on TV, as well as crime dramas. William loved his cat, Spirit; and the two had an inseparable bond. Later in life, William enjoyed playing board games and cards with the other residents at Homestead of Mason City.

William is survived by his son, Josh; two siblings; and many friends.

William is preceded in death by his parents; and wife, Marie in 2007.

To send flowers to the family in memory of William C. Fletcher, please visit our flower store.