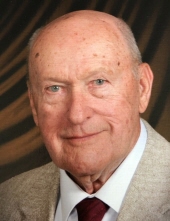 Visitation will begin at 10 am Saturday, with lunch and fellowship at noon at the All-Vets Center (VFW) 1603 S. Monroe Avenue.

His ashes will be interred at a private service with military honors on Wednesday, July 27 at the Rock Island National Cemetery, Rock Island, Illinois.

Memorials may be made in Walt’s name to the River City Rifle and Pistol Club.

He was born in Davenport, Iowa on April 28, 1931. While Walt’s father, and grandfather, served as leaders in the Davenport Fire Department, Walt chose to pursue a career in law. He attended the University of Iowa, while working as a radio announcer. This is where he met the love of his life, Norma Townsend. After a four year courtship, they were married on September 7, 1953 in Iowa City. He received his Bachelor of Arts from the University of Iowa, then served his country as a First Lieutenant in the US Army. After an honorable discharge, he returned to the University of Iowa to earn his Juris Doctor degree in 1957. That same year he was admitted to Bar of Iowa.

Walt was a member of Holy Family Catholic Church, where he served on the parish finance council.

Walt was an avid hunter and fisherman and loved spending time at the family cabin on Lake Edward in Minnesota. He was also fond of shooting sports. He was an active member of the River City Rifle and Pistol Club and shot competitively on a team, as well as teaching courses on gun safety.

To send flowers to the family in memory of Walter C. Schroeder, please visit our flower store.