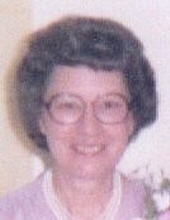 Vivian A. Weaver, 99, of Mason City, IA, died Tuesday, August 1, 2017, at the Muse Norris Hospice Inpatient Unit in Mason City. Funeral services will be held at 2:00 PM on Friday, August 4, 2017, at First Assembly of God Church, 1301 N Carolina Avenue – Mason City, with Pastor George Ady officiating. Visitation will be held one hour prior to the service. Interment will take place in Memorial Park Cemetery in Mason City. Memorials may be directed to the Vivian A. Weaver memorial fund in care of the family.

Vivian (Allen) Weaver, daughter to Fred and Nellie (McFarlin) Allen, was born on March 30, 1918, in rural Rockwell, Iowa. She was one of three siblings. She attended school in Rockwell. For 18 years Vivian owned and operated Allen Café in Nora Springs, IA. After retiring she moved to Mason City and on July 18, 1984 she was united in marriage with Clarence Weaver. Vivian served as the Secretary of the Church, Treasurer and a Sunday school teacher for First Assembly of God for many years; she also worked alongside her husband with Gideon International for several years.

To send flowers to the family in memory of Vivian A. Weaver, please visit our flower store.