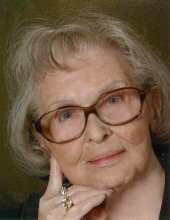 Virginia “Ginny” Nelson Lannon, of Mason City, died Thursday, December 21, 2017, at the Good Shepherd Health Center. A private family memorial mass will be held at Epiphany Parish Holy Family Catholic Church at a later date. Memorials may be directed to a charity of your choice.

Ginny was born February 5, 1920, in Lexington, Nebraska, the daughter of Clarence E. Barber and Gladys Brooks Barber. She grew up in Kearney, Nebraska. Ginny graduated from Kearney High School and attended Kearney State College. She married Maynard A. Nelson in 1943 and moved to Mason City in 1953. Mr. Nelson died December 28, 1989. On November 28, 1998, she married James W. Lannon. Dr. Lannon died on December 13, 2002.
Ginny worked for 18 years at KGLO radio and television station as a copy writer and producer before her retirement in 1984.

Ginny loved traveling, especially cruises, was an avid Kindle reader and cherished her winters in Naples, FL. She enjoyed volunteering especially at Community Kitchen and the MacNider Art Museum. She was a member of Holy Family Catholic Church and was a member of Mason City Country club for over 50 years.

She was preceded in death by Dennis Lannon and his wife Virginia, Jean Lannon Bird, Ned Brandt and step-grandson James Brandt and her two husbands.

To send flowers to the family in memory of Virginia "Ginny" Lannon, please visit our flower store.