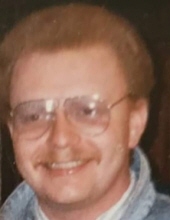 Todd was born on June 8, 1966, to Cary Strong and Karen Johnson in Mason City, Iowa. That is also the city where he spent all his years being educated. In his youth, Todd enjoyed spending the summers exploring northern Minnesota with his family. Todd was an outdoor man at heart, he enjoyed camping, riding dirt bikes, and spending time on the water, whether that meant fishing, boating, or just floating down the river. Following his youth, he spent the majority of his career employed at the Mason City Walmart as an overnight maintenance man for over 20 years.

Todd was preceded in death by his mother, some uncles, and his grandparents. He is survived by his father, Cary Strong; his sister, Sheri True; his daughter, Mallory Manning; and her children, as well as his niece and nephew, Marco and Jamie True.

To send flowers to the family in memory of Todd C. Strong, please visit our flower store.