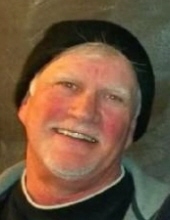 Timothy Martin McCollum, 64, of Mason City, died Tuesday, December 5, 2017, with his family by his side, at the Muse-Norris Hospice Inpatient Unit.

Funeral services will be held at 3 P.M. Monday, December 11, 2017, at the First United Methodist Church, with the Rev. Kathleen Moore officiating. Following the service, a karaoke tribute gathering will be held at the VFW in Mason City. Visitation will be held one hour prior to services at the church on Monday. In lieu of flowers, memorials may be directed to the Tim McCollum Memorial Fund.

Timothy Martin McCollum, the son of Clarence "Mac" and Bertha "Betty" (Haberer) McCollum, was born on December 15th, 1952 in Waterloo, Iowa. He graduated from Mason City High School in 1971, and enrolled in the United States Marine Corps, where he eventually received an honorable discharge. Tim married his high school sweetheart, Lila (Paine) on June 23, 1973. To that union, Stacy and Matt, their son and daughter, were born. He worked as an independent contractor for McCoy Transfer as a STAR Route driver, retiring in September of 2017. Tim spent Friday nights as the karaoke deejay at the VFW where he made many friends who shared his love of music. On weekends and evenings, you could find Tim spending time with Lila, his fabulous wife of 44 years, his children and grandchildren - usually grilling out, enjoying nature, and taking walks with his beloved dog, Jax, in the woods surrounding the family neighborhood. Tim was much loved by his wonderful family and many friends.

To send flowers to the family in memory of Timothy Martin McCollum, please visit our flower store.