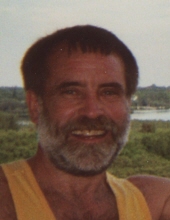 Inurnment will be held at a later date. Memorials may be directed to the family of Tim Wilmarth.

Tim was accepted by the Iowa Donor Network, and through this program he will be able to make a positive difference in many lives.


Tim was born in Mason City on March 4, 1959, to parents Frederick and Sandra (Albaugh) Wilmarth. Tim grew up in Mason City and graduated from Newman Catholic High School, after graduating he joined the United State Navy. After his time in the Navy Tim starting laying floors and did this for 30 years before joining the team at Sukup Manufacturing. Tim loved archery, golfing and fishing.

He was preceded in death by his father, Fred Wilmarth.

To send flowers to the family in memory of Timothy Mark Wilmarth, please visit our flower store.