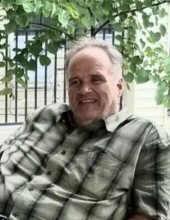 Timothy Craig Stoltenberg, 62, of Manly, died on Friday, May 7, 2021, at the MercyOne North Iowa Medical Center.

Memorials can be directed to the family of Timothy Stoltenberg.

Timothy Stoltenberg was born on June 2, 1958, in Mason City to parents Roger and Donna (Thoen) Stoltenberg. Timothy grew up in Mason City and attended Mason City High School graduating in 1976. Following his graduation, he started his own fencing business Allstate Fence and ran this business for 10 years. At the age of 28 Timothy met LeeAnne Ewing and together they had two daughters Shanna and Jenna. After running his fencing business Timothy went on to work at Martin Marietta for the next 30 years.

Timothy had many hobbies some of which included fishing and collecting antiques. His family was his passion spending time together and going on father daughter fishing trips. Timothy will always be remembered for his big heart and his willingness for putting others first.

He was preceded in death by his father Roger Chris Stoltenberg; grandparents, Olga and Glenn Thoen, Herman and Anna Stoltenberg; special cousin, Jerry Stoltenberg and many other loving family members.

To send flowers to the family in memory of Timothy Craig Stoltenberg, please visit our flower store.