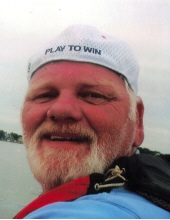 Terry was born on May 7, 1961, in Mason City, IA, son of Jerry D. and Aivetta (Neve) Haxton. At a very young age, Terry showed interest and talent for baseball. He spent most of his formative years stirring up the dust at the “North End” little league diamonds. Terry was a Mason City High School graduate and played baseball for the Mohawks. During these same teen years, Terry also started playing fast-pitch softball for various local teams. He would go on to play for the Mason City Bud-Poodle well into his 30s. Some of his fondest memories were the good times and friendships made during his softball career.

Terry worked sales for various companies over the years such as Jaydon, Somody, Yelland and Hanes, and Pepsi. He ended his working years at the Mason City Community School District as Grounds Foreman. Terry entered into early retirement in 2012 for various health issues.

Terry married the love of his life, June, on August 11, 1979. This union was blessed with four children, many little league games, camping trips, and fishing. Terry truly was an outdoorsman. He was a Mohawk Archery Club member and also belonged to the Lunker Club. He especially loved going to their cabin in Ontario. Deer and Turkey hunting were also some of his favorite sports.

The family of Terry L. Haxton would like to extend their appreciation and thanks to MercyOne, University of Iowa Hospitals, and especially St. Croix Hospice.

To send flowers to the family in memory of Terry L. Haxton, please visit our flower store.