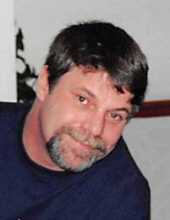 IOWA CITY: Terry James Jones, 62, of Mason City, passed away on Saturday, November 27, 2021, at the University of Iowa Hospitals, after battling a form of blood cancer.

A funeral service will be held at 10:00 a.m. on Friday, December 3, 2021, at Grace Evangelical Free Church, 440 N Illinois Ave. with Pastor Scott Davis officiating. Services will be livestreamed on the Major Erickson Funeral Home Facebook page.

Visitation will be held from 5 to 7 p.m. on Thursday, December 2, 2021, at Grace Evangelical Free Church.

Interment will be held in the Pleasant Valley Township Cemetery south of Swaledale. Memorials may be directed to the family of Terry Jones.

Terry Jones was born on August 23, 1959, to Robert L. Jones, and Lorraine M. (Luick) Jones. He grew up in the Sheffield and Rockwell areas. He graduated from Rockwell-Swaledale high school in 1978, where he excelled in football, basketball, and track. He then moved to Mason City and attended NIACC. He worked at the Globe Gazette newspaper for many years, maintaining the presses. He later held various other jobs in Mason City.

Terry enjoyed playing slow-pitch softball and taking road trips on his Kawasaki motorcycle. He was a fan of the Chicago Bulls and the Minnesota Vikings. He loved attending his nieces’ and nephews’ sporting events. He will be remembered for his quirky sense of humor, his athleticism, and his love for family. He had put his faith in Jesus Christ and had confidence that he would be in heaven when he left this life. He attended First Baptist Church in Rockwell for many years, and later became a member of Grace Church in Mason City. One of the greatest joys of his life was being reunited with, and getting to know, Mandi McKay, his younger sister who had been given up for adoption at birth.

He was preceded in death by both of his parents, brothers Micky (in infancy) and Danny, and several aunts and uncles.

To send flowers to the family in memory of Terry James Jones, please visit our flower store.