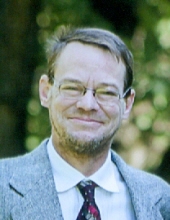 Steven A. Tiedeman, 43, of Mason City, IA, died Tuesday, January 9, 2018, at his home. Private services will be held at a later date. Memorials may be directed to the family of Steven Tiedeman.

Steven was born April 15, 1974, in Mason City, IA, the son of Dennis V. and Sharon J. (Klein) Tiedeman. He graduated from Mason City High School in 1992. Steve worked in the Heating and Cooling Industry for 17 years until his health began to fail. At that time he began working 2 part-time jobs with Hy-Vee West and Salvage Auto, which was limited due to health issues. Steve enjoyed racing his Scirocco car and golfing. He also enjoyed helping others, spending time with his family and teasing his sister Lori. Steve was a member of the SCCA (Sports Car Club of America).

He was preceded in death by his grandparents.

To send flowers to the family in memory of Steven A. Tiedeman, please visit our flower store.