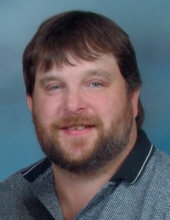 In lieu of flowers, memorials may be directed to the family of Steve Meyer.

Steve was born January 6, 1963, in Mason City. He attended Mason City High School and earned his AA Degree from NIACC. On September 14, 1985, Steve was united in marriage to Cindy Brass in Mason City. Over the years, he worked for Wellborn Industries, Winnebago Industries, Woodharbor and many others. Steve enjoyed watching sports and making Cindy’s job more fun by getting the daycare kids riled up. He was a member of the Mason City Pool League. His team won the 8 Ball State Pool Championship in 2010. He also won many Mason City league championships. You could often find Steve hustling some poor soul in a game of pool. His stubbornness was legendary and was passed on to his children. Steve was a lifelong Vikings fan and loved the rivalry with his daughter, who is a packers fan. Steve also loved betting on sports games with friends and family. His last bet was with his son on the College World Series; one his son was happy to lose. Jordan Shannon, he’s still waiting for the $20 you owe him.

He was preceded in death by his grandparents; his mother and fathers-in law: Lucille and Harold Nelson and John Brass; brother-in-law: Jerrold Rood as well as aunts, uncles and nephew.

To send flowers to the family in memory of Steve E. Meyer, please visit our flower store.