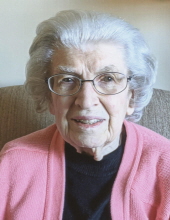 Shirley M. Opheim, 90, of Mason City, died on Wednesday, August 21, 2019, at Good Shepherd Health Center in Mason City. A memorial service will be held on Monday, August 26, 2019 at 10:00 a.m., at First Presbyterian Church, 100 S. Pierce Street, with Rev. Paul Collier officiating. Visitation will be on Sunday, August 25, 2019, at Major Erickson Funeral Home, 111 North Pennsylvania Ave., from 4:00 p.m. - 6:00 p.m. Inurnment will be at Memorial Park Cemetery. Memorials may be directed to First Presbyterian Church or the Education Foundation of Mason City Public Schools.

Shirley Maie Opheim was born on July 29, 1929 in Bristow, Iowa to parents Charles “Lyle” and Erma (Nairn) Surfus. She grew up on a farm near Bristow, and attended country school until the 8th grade. Shirley graduated from Bristow High School in 1946. After high school, she then attended University of Northern Iowa for two years, studying business. While at UNI, she met Earl Opheim, and the two wed on May 22, 1949 in Dumont, Iowa. To this union, two children were born, Alan and Janice.

Shirley held several job positions over the years, starting as the Deputy in the Recorder’s Office in Allison and ending with the most prominent at Mason City Plaza Pharmacy.

Shirley was a longtime member of First Presbyterian Church. She loved to travel with Earl, and they made it to 49 states visiting all the sites as well as family and friends. She also liked to spend time baking and watching high school sports, including the state basketball tournament for many years. Shirley cherished time with her children, grandchildren, and extended family.

She is preceded in death by her parents, and her brother, Larry Surfus.

To send flowers to the family in memory of Shirley M. Opheim, please visit our flower store.