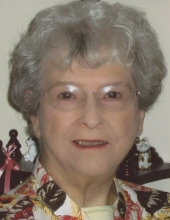 Inurnment will be held in the Derby Cemetery, Derby, Iowa.

Memorials may be directed to the Good Shepherd Health Center or MercyOne Hospice of North Iowa.

Shirley was preceded in death by her husband Lew, her parents, brother John Sherman and sister Jane Carmichael.

To send flowers to the family in memory of Shirley A. Snook, please visit our flower store.