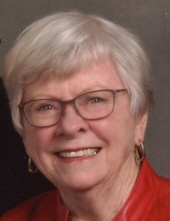 Sharon was born July 09, 1943, in Harvey, IL, to Leonard and Mildred Hampton and grew up in South Chicago with her two brothers and two sisters, graduating from Thornton Township High School. She attended Wartburg College, where she met her future husband, Ken Schneider, graduating in 1965 with a major in Social Work. For several years, she was a social worker supporting child welfare.

Sharon married Ken on August 14, 1965, in Chicago, and had two daughters, Amy and Darby. First living in Des Moines, Iowa, then Zearing, Iowa, then back to Chicago, before settling in Mason City in 1974. In 1990, they found their dream home and lake life in Clear Lake.

Sharon will always be remembered for her love of family, friends, singing, travel, and bridge. She was an active member of Trinity Lutheran Church, along with P.E.O., Chapter DZ, social and philanthropic clubs, and many different bridge groups. She rarely missed a bridge game. She traveled far and wide, hitting nearly all 50 states and 68 countries.

Music was a huge part of her life. She was active in multiple singing groups. Her Chicago-based Barbershop Quartet Esprit de Corps was the International Quartet Champion in 1974. She was the founder and director of Mason City’s women’s barbershop chorus Harmony Inc. She sang in Trinity’s choir and with the North Iowa Choral Society. In addition to performing, she also loved attending concerts, theater, and musicals, from the professional to those productions starring her children and grandchildren. She was also a regular groupie at all her husband’s, daughters’ and grandchildren’s concerts and performances.

She is preceded in death by her parents; sister, Donna; and brother, Dwain.

To send flowers to the family in memory of Sharon M. Schneider, please visit our flower store.