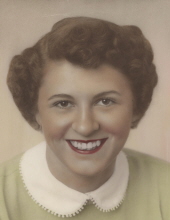 Sharon Lee Elbert, 82, of Mason City, passed away on Saturday, August 24, 2019, at Heritage Care and Rehabilitation Center in Mason City after a lengthy illness. A funeral service will be held on Thursday, August 29, 2019 at 10:30 a.m., at Major Erickson Funeral Home, 111 North Pennsylvania with Pastor Karen Young officiating. Visitation will be held one hour prior to service time. Memorials may be directed to the Sharon Elbert Memorial Fund in care of the family.

Sharon was born on September 21, 1936 to Clifford and Lillian (Godfredson) Ringsdorf of rural Titonka.

She was joined into marriage to Charles “Chuck” Elbert on July 19, 1955. This union lasted 58 years and they were blessed with seven children: Donald (Bobbi) Elbert, Debra, David, Dale, Susan Squier, Douglas, and Darwin.

Sharon had been a switchboard operator before her marriage and had been a cook at various restaurants. She also worked at Fleetguard and Winnebago Industries before her retirement.

She and Chuck enjoyed playing cards with family and friends as well as fishing trips to Minnesota and Wisconsin. She also liked embroidery, and taking photos of her family and friends to capture memories. Sharon was an big sports fan, and enjoyed watching her favorite teams on TV.

To send flowers to the family in memory of Sharon Lee Elbert, please visit our flower store.