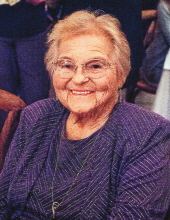 Celebration of Life will be held 2:00 PM Friday, March 8, 2019, at Major Erickson Funeral Home, 111 N Pennsylvania Ave with Reverend Kenneth Gehling officiating. Visitation will take place one hour prior to the service time on Friday.

Sharon was the first born of five children in New Hampton, IA to Jake and Gladys (Yearling) Beckman.

She had a few years of health problems. But she was a fighter and kept going no matter what stood in her way.

She was married to Jerome Thompson in 1960. They later divorced. She raised her four children for many years, working various jobs to make sure there was food and shelter for her family. She loved her children and family and friends with all her heart.

Sharon married Thomas Faught in 1981. She helped him raise his four children, all younger than her own. They were all loved as if they were her own children. They later divorced.

Sharon and her children moved to Mason City. There she also worked many many part time jobs. Winchall doughnuts, Roller City skating rink, Mercy Hospital, and various other jobs. Sharon also worked as an outreach worker for the Northside and Southside Multipurpose Service Centers, Maintenance Worker for Johnson County Dept of Social Services in Iowa City, Elkader, and Cerro Gordo Human Services. She retired from Curries Manufacturing and was a private contract driver for the Globe Gazette.


Sharon enjoyed family get-togethers, the more the merrier. All holidays were so precious to her. She also enjoyed playing cards, board games, working on her computer. In her earlier days, she loved bowling, trying to bring her bowling average up each time. One year she bowled a series of 599.

To send flowers to the family in memory of Sharon K. Faught, please visit our flower store.