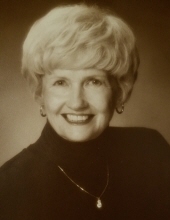 Sally I. Baker, 87, of Mason City, passed away on Monday, December 3, 2018 at Good Shepherd Health Center in Mason City, Iowa.

Sara (Sally) was born in Forest City Iowa on Feb 24th, 1931, the 4th child of Tom and Magdalene (Grimm) Irish. She was born at home, delivered by her father as the physician could not make into Forest City due to a blizzard. She was raised in Forest City except between 1943 and 1946 when the family moved to Coeur d’Alene Idaho and then San Diego California while her father served in the Navy. After the war the family returned to Forest City where Sally finished high school. She then attended the University of Iowa where her parents and older sister Ellen had graduated from. She pledged Kappa Alpha Theta and was the president during her senior year. Sally was involved in many campus activities and committees. In her junior year she was one of 15 women “tapped” for Mortar Board an organization that recognizes women who have shown outstanding qualities in leadership, service and scholarship. She received a Bachelor’s degree, Phi Beta Kappa, in Speech Therapy.

She met her husband, John M Baker, MD at the university. They were married on June 20, 1953. They lived in Denver (where their son John Mitchell was born), Pensacola Florida (where their son David was born, and Des Moines before settling in Mason City in 1957 where their daughter Sara was born. In Denver, Sally worked in 10 different public schools until the birth of her first child.

Sally was very artistic, as reflected in her skills in cooking and sewing (both of which she was self taught), home remodeling and decorating, and throwing pots. She was very active in her church and community. Sally was a volunteer speech therapist in the Mason City Public School System for 10 years. She served on many church committees at St John’s Episcopal Church during the years of her membership and taught Sunday school for 3 years. Sally joined the Altar Guild in 1971. Beginning in 1977 she began visiting home bound church members monthly as a Lay Eucharistic Minister. She would provide communion, conversation and bring a plate of cookies. Sally continued this for over 25 years eventually visiting individuals of any faith sharing conversation, and always a plate of cookies. At her peak she would visit between 25 and 35 individuals a month. Due to the time she spend visiting in nursing homes and care centers she was asked to become a member of the Resident Advocate Committee at the IOOF nursing home in Mason City, meeting regularly with residents to represent their needs at a local and state level. After recovery from breast cancer, she became a Reach to Recovery volunteer in 1995. In 2001 she was presented with the GTB (Giving your Best) Award of Excellence.

Sally was always interested in learning new things and meeting new people. She was a PEO for over 50 years. She was a member of the St Joseph Mercy Hospital Auxiliary. She has been a member of the same book club (which she called study club) for over 50 years. She regularly attended lectures in the community and the Life Long Learning series at NIAAC.

Sally always enjoyed traveling with friends and family including ski trips to Minnesota, Wisconsin and Colorado; visiting the east and west coast; and trips to Europe, Canada and the Caribbean. After the death of her husband in 1995, Sally and friend Carol Schmiedeskamp became traveling companions and traveled to Egypt, Israel, Australia, New Zealand, Scotland, the Scandinavian countries and Russian. At this time, Sally and daughter Sara began traveling together during the holiday season, spending one year with family and the next in cities like New York, Santa Fe, Albuquerque and Charleston.

Sally summered in Clear Lake for over 60 years in the cottage her parents bought during the depression. The entire Baker family grew up on the lake and almost every week friends or family would also visit, sometimes just for the day and others times for a week. The cottage was also the site of many Irish family reunions.

Sally was also well known for her clothing style. She always wore a hat to church that coordinated with her outfit. All her outfits had a coordinating scarf and jewelry both of which she frequently made. With her sewing abilities she made many of her clothes and would also buy clothes too large for her, on sale and remake them to fit her. She always wore white jeans and pants in summer (Memorial Day through Labor Day only) and black jeans and pants from fall through spring.

She is preceded in death by her husband, John M Baker, parents (Tom and Magdalene), sisters Alice Jean and Ellen and a brother John. She is survived by her brother Tom Irish (Sandra) of Tacoma Washington; children John (Linda) of Barrington, Illinois, David (Kent) of Washington DC, and Sara (Ron) of Merriam Kansas; cousin Mary Ellen Phillips (Rick) of Bonita California; two grandchildren; and nieces and nephews in Canada and on the west coast.

In lieu of flowers at the memorial service the family requests donations to St. John’s Episcopal Church of Mason City, Iowa, Hospice of North Iowa, or the Mason City Community Theater.

To send flowers to the family in memory of Sara "Sally" Baker, please visit our flower store.