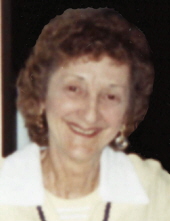 Memorials may be directed to MercyOne Hospice of North Iowa, 232 2nd St SE, or to the family of Sandra Lichman.

Sandra Jean Lichman was born on July 20, 1942, in Mason City to parents Kermit and Dorothy (Griffin) Kay. Sandra grew up in Mason City and attended Mason City High School. Sandra was united in marriage to Joe Lichman in Mason City on July 14, 1969. Upon graduating from high school, she went on to work at Deckers later moving on to Alexander Mfg. Following her time at Alexander mfg. she went on to be a cashier at Walmart where she would retire after 20 years.

Sandra was known for being a very kind person who was outgoing and good with people. She enjoyed spending time outside, going to concerts and spending time with her son Brad.

She was preceded in death by her husband and her parents.

To send flowers to the family in memory of Sandra Jean Lichman, please visit our flower store.