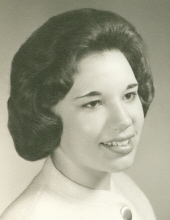 Sally Stejskal, 71, of Mason City, died Sunday, May 14, 2017 at the Muse Norris Hospice Inpatient Unit. Memorial services will be held 10:30 AM Wednesday, May 17, 2017 at Major Erickson Funeral Home, 111 N Pennsylvania Ave with Rev. Kenneth Gehling officiating. Visitation will be from 5:00 to 7:00 PM Tuesday May 16, 2017 at Major Erickson Funeral Home, 111 N. Pennsylvania Avenue. Memorials may be directed to the casino of your choice or to the family.
Sally was born October 31, 1945 in Pocahontas, Iowa. The third oldest of nine children she was the daughter of Joseph and Florence “Fluff” (Point) Stejskal. In 1949 she moved to Minnesota where she attended and graduated from Grand Meadow High School in 1963. On April 26, 1969 Sally was united in marriage to Keith Betts but later divorced in 1989. Sally spent 30 years working in the Mason City School District serving many different positions from 1979 to 2009. Sally had many hobbies that she enjoyed such as attending Casinos, watching NASCAR, gardening, canning, and playing cards. She was an avid crossword puzzle solver, Scrabble player and enjoyed her family and friends.
Sally is survived by her mother Florence “Fluff” Stejskal two daughters, LaVonne and Natalie (Kent Ries and his daughter Alyvia), granddaughter Paige and great-granddaughter Briley. Brothers and sisters Jerry and Jo Stejskal, Nancy and Virg Weiss, Tom and Donna Stejskal, Becky Stejskal, Larry Stejskal, Penny and John Bremseth, Sherry Stejskal, Kelly and Wayne Averbeck and several nieces and nephews.
She was preceded in death by her father, Joseph Stejskal and Niece Patricia Weiss.

To send flowers to the family in memory of Sally Stejskal, please visit our flower store.