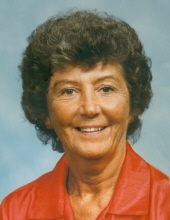 A private family inurnment will take place in Elmwood-St. Joseph Cemetery at a later date.

Memorials may be directed to the family of Ruby Zea.

Ruby Lucille was born March 10, 1927, in Kerkhoven, MN, the daughter of Jess and Lillie (Sandeen) Childers. As a child she lived on the MacNider estate where her father was the caretaker. This is where she developed her love for horses. In 1945, Ruby graduated from Mason City High School. She was united in marriage to Lowell Zea on December 27, 1947, and to this union one son was born: Tom Zea. She worked for National T, Grupp Grocery, Unysis and Rockwell International. Ruby was a loyal Vikings fan. She was also very active in Mason City Trail Riders and showed horses in many shows.

Ruby is survived by her son: Tom Zea and wife Marlene of Mason City; granddaughter: Rachel Moorehead and husband Ben of Loveland, CO; and brother: Roger Childers and wife Marge of Algona, IA. She is also survived by many nieces and nephews.

She was preceded in death by her parents; her husband in 1984; sister: Dorothy Curtis; niece: Tracy Childers; step-grandson: Randy Quayle; mother-in-law: May Groth; step mother-in-law: Gladys Zea; 2 nieces and 2 nephews.

To send flowers to the family in memory of Ruby L. Zea, please visit our flower store.