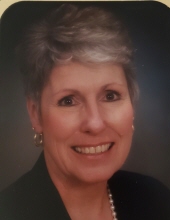 Roxie was born July 5, 1943 the daughter of Paul and Helen (Cunningham) Bess in Perry, Iowa. As a young girl, she and her family moved to Southern California. She attended and graduated from Redondo Union High School in the class of 1961.

Talented, incredible artist, always smiling, sweet and classy lady is the description of Roxie by many. She became a very talented self-taught artist, specializing in oil paints. It was during this time that she decided to open an art store called The Peoples Pallet (located in San Marcos, California) where she was known to bring well known and famous artists to teach and share their talents. She met many friends from Peoples Pallet that she remained close with through the years. When she moved to Florida after many years in California, that was where she grew her talent further and taught herself graphite pencil drawings. She donated a lot of her work to different communities and became involved in the Florida Art League in which she eventually became the head of. During these times, her husband Harry and herself were employed in the real estate market as both Relators and Brokers.

Roxie was preceded in death by her parents.

To send flowers to the family in memory of Roxie Ann Willett, please visit our flower store.