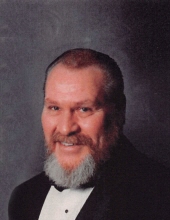 Ronald (Ronnie) L. Smith, 78, of Mason City, passed away on Monday, October 3, 2022, at MercyOne North Iowa Hospice Inpatient Unit with his daughters by his side. A private family graveside service will be held in his honor. Online condolences may be left for the family at www.majorericksonfuneralhome.com

Ronald Smith was born on February 3, 1944, in Mason City to parents LeRoy and Omie (Weitzel) Smith. Ronald attended school in Mason City. He went on to work for Carroll George in Northwood and did so for many years. In 1977, he met the love of his life Linda. In May of 1988, the two were united in marriage. Ronald loved Linda dearly and cared for her until her passing in 2010. Ron and Linda enjoyed spending time with their children and grandchildren, going for drives and watching TV.

To send flowers to the family in memory of Ronald L. Smith, please visit our flower store.

At a later date