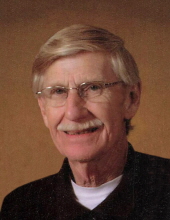 Ronald L. Gettman, 83, of Mason City, IA passed away Thursday, September 2, 2021 at the Muse-Norris Hospice Inpatient Unit. Memorial services will be held at 2 PM Tuesday, September 7, 2021 at Wesley United Methodist Church with Pastor Craig Luttrell officiating. Visitation will be held from 1 PM until time of services Tuesday at the church.

Ron was born October 5, 1937 the son of George and Pearl (Shaner) Gettman in Mason City, Iowa. Ron graduated from Mason City High School (1955) and served in the United States Army (1960 – 1962). Ron married Joan Thomazin on December 21, 1990 in Mason City. The couple were long time members of Wesley United Methodist Church. They enjoyed completing projects together, Joan as the designer and Ron as the builder. They also looked forward to trips to the casino, antique stores, and travel. Ron loved hunting, fishing and watching sports, especially the Twins, Vikings, Hawkeyes, and Bills. Ron was a gearhead, carpenter and jack-of-all-trades---willing to fix anything for anybody whether asked to or not and beloved for his generosity. He was given the nickname Dauber while working at Mercy Medical Center in the maintenance department. The name stuck as Ron was the main painter and the joke was when he got done painting all the rooms it was time to start over. Ron retired from Mercy in 2002.

To send flowers to the family in memory of Ronald L. Gettman, please visit our flower store.