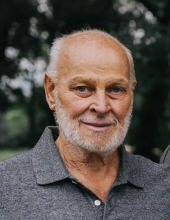 Ronald Kuhlemeier, 80, of Clear Lake, passed away on Wednesday, April 28, 2021 at MercyOne Medical Center – North Iowa with his family by his side.

Masks are required at church and social distancing guidelines need to be followed.

Memorials may be directed to the family of Ronald Kuhlemeier, in care of Theresa Cork, 229 North White, Frankfort, IL 60423.

On March 22, 1960, he was united into marriage to Patricia Beamish in Sioux Falls, SD. Three daughters were born to this union. The couple later divorced.

Ron spent his whole life farming outside of Clear Lake with his longtime friend and assistant, Gary Eggerth, whom will continue the farming operation. He was an incredibly motivated, hard worker and he instilled that work ethic into his three daughters. He was always working, remodeling, or starting a new project. He enjoyed spending time with family and friends. Ron was a loving father, grandfather, brother, and friend and he will be greatly missed by the many that knew him.

Ronald was preceded in death by his parents, Earl and Myrtle; and his grandparents.

To send flowers to the family in memory of Ronald E. Kuhlemeier, please visit our flower store.