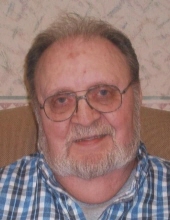 Ronald Eugene Beyer, the son of Glen and Selma (Anderson) Beyer, was born November 9, 1938 in Mason City. He graduated from Mason City High School in 1956 and joined the U.S. Navy. He served his country until his honorable discharge in 1962. Ron lived in Fertile for 38 years and worked at Mason City Brick and Tile, Northwestern Cement and Winnebago Industries until his retirement. On June 10, 1978 he was married to Mildred Schader in Albert Lea, MN. On August 3, 2005 Mildred passed away. Ron continued to live in Fertile before moving back to Mason City.

Ron was a member of Trinity Lutheran Church in Mason City and the Moose Lodge since 1968.

He was preceded in death by his parents; and wife, Mildred.

To send flowers to the family in memory of Ronald E. Beyer, please visit our flower store.