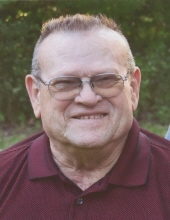 Roger Dean Brownmiller was born March 20, 1944, in Cherokee, IA to parents Harold and Lela (Cave) Brownmiller. His family called him "Butch", a nickname that stuck with him his entire life. He was a Vietnam Veteran who served in the Army from 1964-1968. He flew home on emergency leave in 1965 for his father's sudden illness and death.

Roger married LaVonne Borrink in 1971 and they settled in Aurelia, IA. Roger went to work for the US Postal Service after his Army service, working his way up to Postmaster of the Hampton and finally Britt, Iowa offices where he retired in 1999. After retirement he drove school bus in Clear Lake and Mason City for 7 years

To send flowers to the family in memory of Roger D. Brownmiller, please visit our flower store.