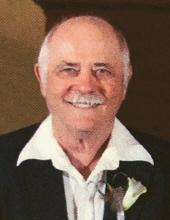 A private family graveside service will be held in the Hillside Cemetery, Sheffield, Iowa.

Memorials may directed to the family of Robert Toole.

Robert W. Toole was born on August 9, 1936, in Mason City to parents Lester Sr. and Gladys (Wartnaby) Toole. Robert graduated from Mason City High School and following his graduation he joined the United States Air Force serving for 6 years. While in the Air Force Robert was united in marriage to Maureen Everhart, between this union the couple had three children, Lee, Cindy, and Steve. Following his honorable discharge, Robert moved back to Mason City getting a job with Gibbs-Cook Tractor and Caterpillar Company and then with Oliver Tractors/White Farm Equipment in Charles City where he developed and wrote service manuals. While with Oliver Tractors/White Farm Equipment he also became a territorial manager. He also held positions with Blu-Jet Farm Equipment and Larson Printing.

Robert had many hobbies which included flying, riding his motorcycle, hunting and fishing, tinkering with cars, BBQ/grilling with his Weber grill, and building model airplanes.

To send flowers to the family in memory of Robert W. Toole, please visit our flower store.