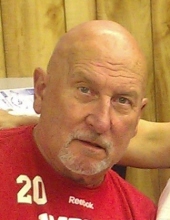 Robert N. Frank, 82, of Mason City, IA, passed away Thursday, June 9, 2022, at the Muse Norris Hospice Inpatient Unit. A Memorial Mass will be held at 11 AM Friday, June 17, 2022 at Epiphany Parish St. Joseph Catholic Church with the Rev. Neil Manternach officiating. Inurnment will follow in the Elmwood-St. Joseph Cemetery. Visitation will be held from 4 until 7 PM Thursday, June 16, 2022 with a scripture wake service beginning at 6:30 PM at the Major Erickson Funeral Home, 111 North Pennsylvania Ave.

Robert was born July 1, 1939 the son of Nicholas and Genevieve (Scheppat) Frank in South St. Paul, MN. He attended and graduated from South St. Paul High School in the class of ‘57. On January 23, 1960 Robert was united in marriage to Janice Steffels in St Paul. The couple lived in St. Paul until Bob was transferred to Armour in Mason City around 1978. In 2000 he retired from Armour/ConAgra after 20 plus years in the Mason City plant. Bob then decided to go join the staff of Martin Bros. part time for another 10 years.

He loved being around people and was known to talk to everyone he met. Bob loved having his family around and looked forward to supporting all of them in the many activities they were involved in. He enjoyed spending time with his pet cats as they were a part of the family. He enjoyed watching sports, especially any team from Minnesota such as the Vikings, Twins, the Wild, Timberwolves and the Gophers to name a few. Bob had a competitive spirit, and it was evident while playing cribbage. He also loved playing golf., he prided himself on always walking the course. Bob loved the older cars and going to the car shows in Minnesota. He and Janice would often go for a road trip in their convertible or the VW bug.

Bob was preceded in death by his parents and wife, Janice.

To send flowers to the family in memory of Robert N. Frank, please visit our flower store.