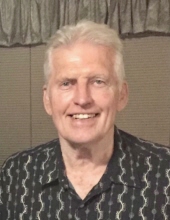 Robert Norman Anderson Jr., 75, of Ventura, peacefully passed away on Thursday, December 3, 2020, at the IOOF Home and Community Therapy Center in Mason City.

A funeral service will be held at 10 A.M. on Wednesday, December 9, 2020, at The Church of Jesus Christ of Latter-day Saints, 1309 S Kentucky Ave. with Roger Wangsness officiating.

A visitation will be held on Tuesday, December 8, 2020, from 4 to 6 P.M. at Major Erickson Funeral Home, 111 N Pennsylvania Ave. Interment will be held in the Ellington Prairie Cemetery, Garner.

Memorials can be directed to the family of Robert Anderson Jr.

Bob married Josephine Maria Giusti on July 3, 1980, in the St. George Utah Temple of The Church of Jesus Christ of Latter-day Saints. The couple had five children.

Bob enjoyed working on the farm, fishing, and playing and attending basketball games. Bob was also an active member of The Church of Jesus Christ of Latter-day Saints in Mason City. He visited and served others throughout his life.

Bob is survived by his daughter, Christina (Jenn) Tolentino; sons, Bobby, Alan, Ryan, and Aaron; and grandchildren, Leo, Ariana, and Anthony Tolentino.
Bob was preceded in death by his parents, Robert Sr. and Dorothy Anderson; and his sister, Jill (Anderson) Schultz.

To send flowers to the family in memory of Robert N. Anderson Jr., please visit our flower store.

The Church of Jesus Christ of Latter-day Saints