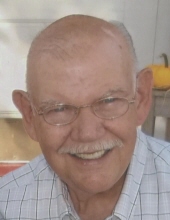 Interment will be held in Elmwood-St. Joseph Cemetery. Memorials may be directed to the family of Robert Wilcox.

Robert Kenneth Wilcox was born on May 11, 1947, to parents Richard and Joyce Wilcox of Nora Springs.

Bob was originally from Nora Springs, and had graduated in the class of 1965. As a child, he was baptized and confirmed at the Methodist Church in Nora Springs. As a young man, he raised horses and was part of the Trail Riders. He had also been part of the Rodeo Circuit for quite a while.

Bob was united in marriage to Connie (Roath) on September 23, 1967, the two recently celebrated their 52nd wedding anniversary. He and Connie enjoyed collecting many unique items. One of their favorites to collect was Gas and Petroleana, which was featured in the Globe Gazette. They also enjoyed taking many daytrips throughout the countryside. They also enjoyed cruising in their 1965 Super Sport which they had often taken to many car shows and on cruises.

Bob was a friend to all, and really enjoyed visiting with many people. Bob was proud to be a part of the road crew that helped to build the I 35 Interstate. He then worked for the Cerro Gordo County Landfill for 33 years as a heavy equipment operator which he really enjoyed. The last several years he enjoyed working part time farming and driving cars for Dan Ryerson. Bob was a very loving and kind grandfather to his granddaughter Chloe.

He was preceded in death by his parents: Richard and Joyce Wilcox of Nora Springs; sister: Karen and her husband Leo Jost of Rock Falls, IA. Bob will be greatly missed by many.

To send flowers to the family in memory of Robert K. Wilcox, please visit our flower store.