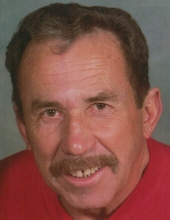 A visitation will be held on Thursday, April 8, 2021 from 2:00 to 4:00 p.m., at Major Erickson Funeral Home, 111 North Pennsylvania with a memorial service starting at 4:00 p.m. The family requests masks to be worn at the funeral home.

Military Honors will be conducted by the Mason City Veterans Association.

Inurnment will be in Memorial Park Cemetery at a later date.

Memorials may be directed to the family of Robert Trainer.

Robert Harold Trainer was born on March 24, 1947 to parents Harold and Dorothy (Bloss) Trainer in Mason City, Iowa. He graduated from Mason City High School in 1965 and shortly after graduation, Bob enlisted in the Army in 1966. He was stationed in Vietnam and worked as a radio teletype operator. He was honorably discharged on February 23, 1972.

For 35 years, Bob worked at Ruan Transport as a truck driver and received an award for 2 million miles for safe driving. Later in life, he drove the NIACOG bus, and he retired in January 2020.

Bob was united into marriage to Kathy Goering on July 7, 1979, at Wesley United Methodist Church in Mason City.

Bob enjoyed going to the casino, playing slots, buying fast sports cars, and going out to eat with his friends and family. He was a member of St. James Lutheran Church. Bob was an amazing father, husband, grandfather, and friend and he will be greatly missed.

Bob was preceded in death by his parents, Dorothy and Harold Trainer; and several aunts, uncles, and grandparents.

To send flowers to the family in memory of Robert H. Trainer, please visit our flower store.