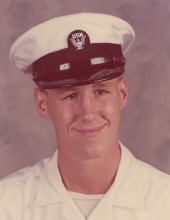 Robert Glen Funk was born December 27, 1955 to Robert and Maxine (Thornton) Funk in Mason City, Iowa. He entered the Navy in 1974. After discharge he worked various jobs throughout his life but above all he was a Union Carpenter. Bobby married Pam Broome in 19 84, Heather Marie Funk was born November 29, 1986.

Bobby was preceded in death by his parents, brothers Randy and Jim Funk, granddaughter Alyvia Jacobs and beloved dog Heidi.

To send flowers to the family in memory of Robert G. Funk, please visit our flower store.