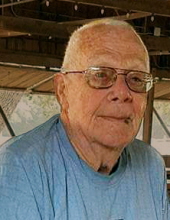 Robert Earl Peterson, 90, of Mason City died Sunday December 20th, 2020 at his home, comforted by his family. Memorial services will be held at a date to be determined in the spring of 2021. Memorials may be directed to the Robert Peterson Memorial Fund in care of the family.

Robert was born June 29, 1930 in Cedar Rapids, Iowa the son of Sidney and Loraine (Cherry) Peterson. Following his Air Force service, Robert went on to attain his BS and master’s degree, which lead to a career in teaching at North Iowa Area Community College as the Director of Institutional Services.

Robert was united in marriage to Margie Dell Peterson on February 12, 1955 in Cedar Rapids, Iowa. They met while Pete was in the Air Force and stationed in Biloxi, Mississippi. To this union three children were born. His children include Cheryl Ann Lauritsen of Mason City, Iowa, Robert Earl Peterson Jr. (Blanca Mathews) of West Des Moines, Iowa, and Gary L. Peterson (Sunny Grounds Peterson) of Boerne, Texas.

Robert took every opportunity possible to spend time with his children and grandchildren. He loved the outdoors and was extremely fond of camping, fishing and sharing those moments with Margie, his kids and grandkids. Robert enjoyed mentoring and selfishly sharing his time and wisdom with others.

Robert was preceded in death by his wife Margie and his parents.

To send flowers to the family in memory of Robert Earl Peterson, please visit our flower store.