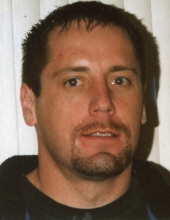 Robert L. Robison, 46, formerly of Mason City, left this world surrounded by his loving family on March 11, 2019 at University of Iowa Hospitals and Clinics (UIHC) in Iowa City, Iowa. No services are planned at this time and a private family gathering will take place at a later date.

Bobby was born in Hinsdale, Illinois on March 28, 1972 to Kim (Kimbreth Bell) and Robert Robison. He was diagnosed with Cystic Fibrosis (CF) as a child and though he had been sick since he was very young, he never complained. Bobby’s early years were spent in Stevens Point, Wisconsin. His family moved to Mason City when he was in his teens and Bobby quickly made many friends who speak fondly of him with great memories to this day. He graduated from Mason City High School 1991. Even though he was fighting through his sickness, nothing held him back and he started his own successful construction business “Robison Siding and Windows “in his early twenties. He continued running that business even from his hospital bed. Bobby endured two double lung transplants the first was 3/1/2009 and his second 8/16/2013. Even after his business was no longer a feasible option with his illnesses, he enrolled in NIACC in Mason City and went to school for two years working to obtain his Medical Lab Sciences degree until he was forced to stop because of his CF and lung disease. Bobby was quite a character; people were drawn to his wit and positive outlook on life. He was very kind and the first to offer help by lending a hand, money, or whatever he had to anyone who needed, even when he was struggling.

He met his fiancée, Jana Herrmann and he moved to West Branch, Iowa to be with her. He treasured his wonderful pets, his cat Sixty, who very much adored him, and his beloved dog Frankie who was his protector.

Those who touched Robert’s life were his mother, Kim who was always there to make sure he was okay and that he knew how much he was loved unconditionally. His dad Roy, who was always there for him. His brothers, Jason Robison and Lucas Rutta who he has many wonderful memories with, including the time Lucas spent with him at UIHC helping him, his niece Aleigha who was there for every admission and her daughter, Sophia who he lovingly called Ophie, his maternal grandmother Mumsie (Betty Bell) who he stayed with , visited and called often who was always there, his Aunt Beth who confirmed his faith in God, his uncle Jim who was there to get him to his appointments at the UIHC and his uncle Bob who he spent lots of time, not only working with but enjoying life with. He has many cousins. Though his love and friendship touched many, his lifelong friend and confidant Chris Faught held a special place in his heart. Bobby had so many more friends that it is hard to mention them all. Bobby cherished Nana and Evan who he considered his kids and was so proud to tell everyone about how much he loved them.

He is preceded in death by his sister Holly, his father Robert Robison, and his maternal grandfather Richard Bell.

To send flowers to the family in memory of Robert "Bobby" L. Robison, please visit our flower store.