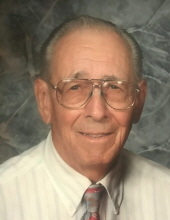 Richard L. Fairbanks, 99, of Mason City, passed away Tuesday, March 16, 2021 at Good Shepherd Health Center. Memorial services will be held at 10:30 AM, Saturday, March 20, 2021 at the St. James Lutheran Church with Pastor Sid Bohls officiating. Inurnment will follow in the Elmwood Cemetery. Visitation will be held from 4 until 6 pm Friday, March 19, 2021 at the Major Erickson Funeral Home, 111 North Pennsylvania Ave., Mason City.


Richard (Dick) Lyle Fairbanks was born August 28, 1921 in Monticello, Iowa the son of Harry and Florence (Hubbard) Fairbanks. He was baptized and confirmed in Monticello. Richard attended schools in Monticello and Mason City, graduating in the “class of 1940”. He played football for MCHS and Mason City Junior College (NIACC). On April 5, 1947 Richard was united in marriage to Beulah Nuehring Eichmann.

Dick and Beulah farmed in the Mason City, Riceville and Clear Lake areas. Dick was an avid bowler and added golfing to his hobbies in his later years. He enjoyed having coffee at Pro’s and Hardee’s with his friends. Dick and Beulah wintered in Texas for 22 years because he loved visiting Texas in his younger years. Dick loved a good joke and was quick to tease his grandchildren. He was an active member of St. James Lutheran Church for 73 years.

To send flowers to the family in memory of Richard L. Fairbanks, please visit our flower store.