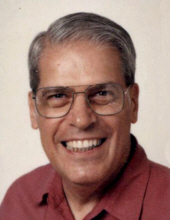 Richard Gildner, 90, of Mason City ended his life’s journey here on earth on Sunday, August 30, 2020 and went to be with his heavenly Father for all eternity.

Visitation will be held from 4:00 to 6:00 P.M., Wednesday, September 2, 2020 at Major Erickson Funeral Home, 111 N. Pennsylvania Ave., Mason City. Masks are required and social distancing guidelines will be followed.

Richard was born in Platteville, WI on August 28, 1930. He was moved to an orphanage in Dubuque, Iowa and seven months later, Fred and Ethel Gildner chose him to be their son. He graduated from Mason City High School in 1948 and then went to Moody Bible Institute in Chicago before serving as a staff sergeant in the US Army during the Korean War. Upon returning from the war, he married Jane Olson in 1952. They had two children. Richard worked at Allied Purchasing in Mason City for 42 years. He enjoyed serving in a variety of ways in his church. Richard was on the Board at Moody Bible Institute as well as Kinship Christian Radio. He helped with Meals On Wheels and worked with the Mason City Chamber of Commerce.

To send flowers to the family in memory of Richard Gildner, please visit our flower store.