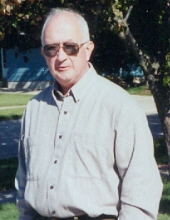 Richard M. Ackerman, 70, of Mason City, died Sunday, December 10, 2017 at the Muse Norris Hospice Inpatient Unit. Memorial services will be held at 10:00 AM Friday, December 15, 2017 at Major Erickson Funeral Home, 111 N Pennsylvania Ave with Rev. Dan Larson officiating. Visitation will be held 1 hour prior to the service at the funeral home. In lieu of flowers memorials may be directed to Hospice of North Iowa.

Richard Michael Ackerman was born in Waterloo, Iowa April 9, 1947, to parents Joe and Betty Ackerman. The oldest of 3 siblings, Dick grew up in and attended Cedar Falls High School. After graduating Dick joined the United States Navy, serving on a destroyer during the Vietnam War. After his tour Dick joined the Navy Reserves.

Dick was a man of many talents, from working as a baker to being an industrial worker he could do it all. He was a very kind, loving, compassionate, caring and patriotic person who was extremely proud of his service in the Navy when asked by those who knew him best. Dick was very passionate about NASCAR and stock car racing, enjoyed watching western movies and working on stock cars whenever he got the chance.

To send flowers to the family in memory of Richard "Dick" Michael Ackerman, please visit our flower store.