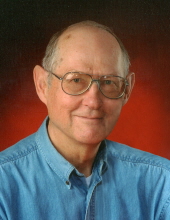 Richard Allen Matson was born on April 9, 1935 to parents Hans and Mildred (Zobel) Matson in rural Fertile, Iowa. He was the third of four children. Dick grew up in Clear Lake, and attended school there until his senior year, where he graduated from Mason City High School in 1953. While in school, Dick loved to caddy for golfers and he lettered in track.

Dick met Bonna Westendorf in 1952, in Clear Lake at the roller-skating rink. They fell in love and later married on October 20, 1952 at Zion Lutheran Church in Clear Lake. Together, Dick and Bonna moved out to California for a year, and later returned to the Mason City area in 1954. They made their life in Mason City.

Dick worked at S&R Chevrolet and then Schukei Chevrolet as an automotive mechanic for 40 years. Dick then later retired in 1997.

During retirement, Dick worked part time as a contract driver for the Globe Gazette. He thoroughly enjoyed golfing with his friends, bowling, racing stockcars at the fairgrounds, riding his bike in RAGBRAI, and going to the senior center for lunch with Bonna. Dick will be forever remembered for his jokes, always lending a helping hand, and being Dale Earnhart’s number one fan.

To send flowers to the family in memory of Richard "Dick" A. Matson, please visit our flower store.