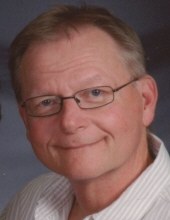 A memorial service will be held on Friday, May 7, 2021, at 1:00 p.m., at Major Erickson Funeral Home, 111 North Pennsylvania, with Pastor Kathy Graves officiating.

A visitation will be held one hour prior to service time at the funeral home.

Inurnment will be held in Harlington Cemetery, in Waverly, Iowa at a later date.

Richard Allen Beckman was born on July 26, 1952 to parents Jacob and Gladys (Yearling) Beckman in New Hampton, Iowa. Rick graduated from City High High School in Iowa City in 1970. Shortly after graduation, Rick enlisted in the Army, and he served for two years. He was honorably discharged in 1972.

Rick was employed most of his life as a machinist and presently employed at FRC.
Rick was united into marriage to Pamela Lampe on June 24, 1995 at Trinity Lutheran Church.

Rick’s hobbies included hunting, fishing, and watching the Iowa Hawkeyes. He was an avid member of Pheasants Forever. Rick also enjoyed spending time with his children and grandchildren, and most importantly, making people laugh. Rick was a loving husband, father, grandfather, brother and friend and he will be greatly missed.

To send flowers to the family in memory of Richard A. Beckman, please visit our flower store.