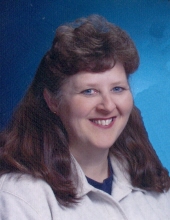 Renee E. Frelund, 64, of Mason City, died Wednesday, July 4, 2018 at her home. Memorial services will be held at 10:30 AM Wednesday July 11, 2018 at the Wesley United Methodist Church, 1405 S. Pennsylvania Ave., with the Rev. Steve Hansen officiating. Inurnment will follow in the Elmwood-St. Joseph Cemetery. Visitation will be held Tuesday July 10, 2018 from 5 until 7 PM at the Major Erickson Funeral Home, 111 N. Pennsylvania Ave. In lieu of flowers, memorials be directed to the North Iowa Humane Society.

Renee was born June 2, 1954 in Buffalo Center, Iowa to Kenneth and Elsie Bruns. She lived in Buffalo Center as a toddler and later moved to a farm north of Thompson, Iowa. She enjoyed band, softball and 4-H while growing up and graduated from Thompson High School in 1972. She moved to Mason City to attend NIACC and this is when a farm girl met a city boy named Bill. She constantly teased Bill about being a city boy and not knowing the ways of farm life. They got married May 3, 1975 in Kiester, MN and to this union two sons were born, Mike and Tom.

Renee was the foundation of the family. She had a passion for life and everyone in it, especially her boys. She wanted her boys to have a well rounded life so she signed them up for every activity imaginable. She enjoyed watching their choir concerts, band concerts, sporting events, and car races. She took pleasure watching her boys turn into fine young men while having children of their own.

Renee was a dedicated and loyal employee who worked 17 years for A.C.Nielsen and the past 28 years for Metalcraft. She served as the secretary for the Cerro Gordo County Extension Council through Iowa State University and took pride in this position. She made many life long friends through all these years of employment and volunteering.

She also had many passions and talents that included gardening, baking, sewing, crafts, 4-H and most importantly, keeping Bill in line. Renee had a green thumb and was in fact a certified Master Gardener. She enjoyed growing and sharing her beautiful flowers and plentiful garden. 4-H was a huge part of her life. She was a long time leader of the River City Stars 4-H club and enjoyed designing her club’s 4-H booth each year at the North Iowa Fair. Also her and Bill never missed a state fair. Between Iowa and Minnesota, they attended over 30 consecutive state fairs.

Iowa State University was always a big part of Renee and Bill’s life. She enjoyed watching both sons graduate from ISU and attending football and basketball games. If you ever wanted to know what time a Cyclone game was, just ask Renee.

The last decade of her life was spent spoiling her beloved grandchildren, Logan, Cullen, Lily, Hadie and Kylie. Renee enjoyed baking cookies, growing pumpkins to carve at Halloween, gift giving and attending activities. She would get the grandkids sugared up and Bill would get them wound up. This always made her smile. This enjoyment extended into her nieces and nephews lives as well.

Renee’s life may have been cut short, but her legacy and passion will live on through her children and grandchildren.

To send flowers to the family in memory of Renee E. Frelund, please visit our flower store.