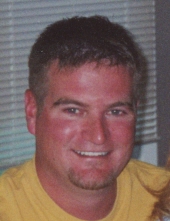 Reed was born July 25, 1973 the son of Vern and Donna (Fowler) Brumm in Osage, Iowa. Reed attended and later graduated from Newman Catholic High School in the class of 1991. On March 6, 1996 Reed was united in marriage to Amber Simpson and to this union a son was born.

Reed was a guy who loved anything with wheels, whether it was riding his Harley or racing. He also looked forward to winter as he enjoyed snowmobiling and outdoor recreations. Reed enjoyed grilling and smoking all kinds of meats and was always looking for something different to cook. His most precious time was spent with his family, friends and his Mini Aussie Lulu.

Those thankful for having shared in Reed’s life include his wife, Amber; son, Parker; father, Vern; brother, John (Shani) Brumm and numerous other family and great friends.

Reed was preceded in death by his mother, Donna; and his grandparents.

To send flowers to the family in memory of Reed A. Brumm, please visit our flower store.