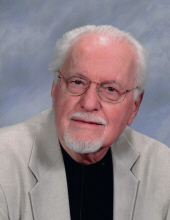 Ray L. Randall was born October 10, 1927, in Mason City, Iowa, to parents Helen (Fistler) and Gilbert (G.S.) Randall. Following his graduation from Mason City High School, he volunteered for military service, serving as a military police (MP) in the Philippines as well as in California. Upon returning, he attended Drake University before graduating from Mason City Community College. On July 10, 1949, he married Frances Nadine Emerson in Elmore, Minnesota.

Ray and Frances settled in Mason City where they raised their four sons. Ray started out building homes, then he opened his own real estate company, Randall Realty. His business organizations included the local Board of Realtors and the Multiple Listing Exchange. He was also involved in Exchange Club, the Elks, and International Order of Odd Fellows (IOOF). However, his love of country led to his involvement with the Veterans of Foreign Wars (VFW). Ray served as a councilman on the Mason City City council. After retirement, Ray and Fran, in full regalia, volunteered in schools and hospitals as Santa and Mrs. Santa Claus. Ray was a member of First Covenant Church in Mason City.

To send flowers to the family in memory of Ray L. Randall, please visit our flower store.