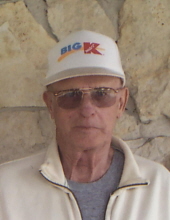 Ralph H. Askeland, 79, from Mason City, passed away on September 6, 2019 at MercyOne Medical Center North Iowa. Funeral services will be held on Monday, September 9, 2019 at 1:00 p.m. at Trinity Lutheran Church, 213 North Pennsylvania. Visitation will be held one hour prior to service time. Interment will be at Memorial Park Cemetery. Memorials may be directed to the family of Ralph Askeland.

Ralph graduated from Mason City High School in 1957. He then served in the Navy for two years until he received an honorable discharge in 1959.

He married Katherine (Legler) Askeland in 1960 and together they had 7 children: Carol, Ralph Jr, Connie, Carmen, Duane, Bradley, Kimberly. They were married 18 years. Later he met Ruth Bryant, and they have been together ever since. Ruth had three children from her previous marriage: Steve, Dianne, and the late Mark Bryant.

Ralph worked as a truck driver for many years and looked forward to retirement from Cerro Gordo County in 2005. He often talked about retiring and "sitting in his chair". You could find Ralph watching Gunsmoke and Bonzana daily, as he relaxed in his recliner. Ralph also enjoyed playing pool, bowling, and riding his motorcycle.

To send flowers to the family in memory of Ralph H. Askeland, please visit our flower store.