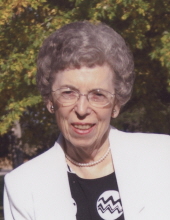 Interment will be held at Elmwood – St. Joseph Cemetery.

Phyllis was a kind, compassionate, gentle natured woman whose greatest pleasure was found in family, music, and enhancing the lives of others.

She was born in Mason City, Iowa on June 24, 1927 to Anton (Tony) Zemanek and Julia Huzl. Phyllis began her musical studies on the violin and continued playing through high school. At twelve years old she began studying piano which would become her lifetime profession for seventy-two years. After high school, Phyllis attended Mason City Junior College and graduated in 1945 receiving an AA degree. In 1947 she began teaching at Swingen Piano Studio owned by her teacher, Ruth Swingen Brose. Phyllis became owner of Swingen Piano Studio about 1966. Throughout the years, Phyllis did additional course work at UNI and Drake University. During an average week, Phyllis taught 70-80 students. At the time of her death she was still teaching one day per week.

Phyllis met the love of her life, David Mcgregor Murphy, and after a seven year courtship, was married July 16, 1958. Phyllis and David had a happy life together lasting 41 years until his death.

Mason City has been greatly enriched by the kindness and generosity of Phyllis Murphy and her late husband, David. Since David’s death in 1999, Phyllis has continued her generous support of a multitude of amenities too numerous to mention.

Phyllis is president of the David and Phyllis Murphy Charitable Foundation, a Lifetime Member of the Kinney Pioneer Museum, a Member of First United Methodist Church, a Past Member of the Mason City Foundation Board and Music Teachers of North Iowa.

To send flowers to the family in memory of Phyllis F. Murphy, please visit our flower store.