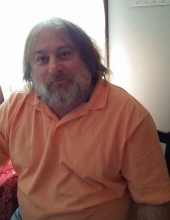 Interment will be held in Memorial Park Cemetery. Memorials may be directed to the family of Phillip Overbeck.

Phillip Jay Overbeck was born on March 13, 1958, in Mason City to parents Raymond and Janith (Leonard) Overbeck. Phil grew up and attended school in Mason City. In his early 20's he moved to Florida where he ran a chain of movie theaters as well as owned a vehicle detailing business. In the late 90's Phil moved back home to Iowa to be closer to his family, eventually calling Sioux City home. After moving to Sioux City Phil turned his passion for fixing and riding motorcycles into a career before becoming a bail bondsman. Phil was an avid hunter and fisherman; he enjoyed his convertible, his motorcycle and anything that would blow wind through his hair. Phil will be remembered for his sense of humor, warm, generous heart, his love for his family, church and friends, and his sense of adventure.

To send flowers to the family in memory of Phillip Jay Overbeck , please visit our flower store.