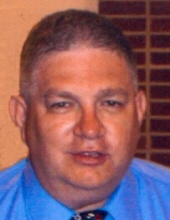 PLYMOUTH: Philip John Dirksen, 62, of Plymouth, IA, and formerly of Des Moines, IA, died Thursday, June 1, 2017, at the Muse N orris Hospice Inpatient Unit, Mason City, IA. Funeral services will be held at 10:00 AM on Saturday, June 10, 2017, at Messiah Lutheran Church, 2620 4th St SE – Mason City, with Pastor Clarke Frederick officiating. Visitation will be held Friday June 9, 2017 from 5 to 8 PM at Major Erickson Funeral Home, and will continue one hour prior to services at the church Saturday. Interment will take place at the Oakwood Cemetery in Plymouth. In lieu of flowers Phils wishes were for memorials be directed to Messiah Lutheran Church, Hospice of North Iowa or American Cancer Society. Online condolences may be left for the family at www.majorericksonfuneralhome.com

Philip John Dirksen was born on May 18, 1955, the eldest of four sons of Walter Roy and Lorraine Esther (Martin) Dirksen. He was baptized into the Christian faith on June 26, 1955. Phil later reaffirmed his baptismal vows when he was confirmed on May 18, 1969.

For the first 39 years of his life, Phil spent most of his time living in Mason City. He then spent a couple of years each in Council Bluffs and Cedar Rapids before moving to Des Moines in 1997. In 2014, Phil and his family bought their home in Plymouth. Shelly and the boys moved there in July 2014, and Phil joined them full-time in August 2015.

Phil attended both public and parochial schools before graduating from Mason City High School in 1973. He then attended the Old Hamilton Business College, graduating from their Professional Accounting Program. Later on, Phil took evening classes in Business Administration through Buena Vista University.

Phil had what he compared to the Apostle Paul’s “thorn in the flesh” after he was diagnosed in 1980 with Ankylosing Spondylitis- an auto immune disease that fused the vertebrae in his spine and neck. However, he still enjoyed playing slow pitch softball and rec co-ed volleyball, as well as coaching women’s slow pitch softball teams until moving from the Mason City area in 1994 to take a job with the state of Iowa. He worked for the Child Support Recovery Unit until 1999 when he took a position with the Iowa Workforce Development.

Phil retired from the state in August 2015 when he was no longer able to sit for hours in front of a computer. During retirement he enjoyed spending more time with family and watching his beloved Vikings and Twins. Phil is active in his church and also the church council. Phil was also very active with the Plymouth Betterment Council.

While working for Child Support, he met the gal who would become his partner in life. Phil and Michaele (Shelly) Lynn Howland were married on August 30, 1997, at Lincoln Heights Lutheran Church in Des Moines. Their union was blessed with two fine sons, Matthew Philip on June 26, 2000, and Joshua Michael on July 14, 2003. Phil enjoyed supporting his boys by attending their sporting and other events as often as possible over the years, as well as helping them however possible with their 4-H projects.

Phil felt very blessed to have a loving family and friends to comfort and support him during his illness.
“God be with you till we meet again….. till we meet at Jesus’ feet”

To send flowers to the family in memory of Philip John Dirksen, please visit our flower store.